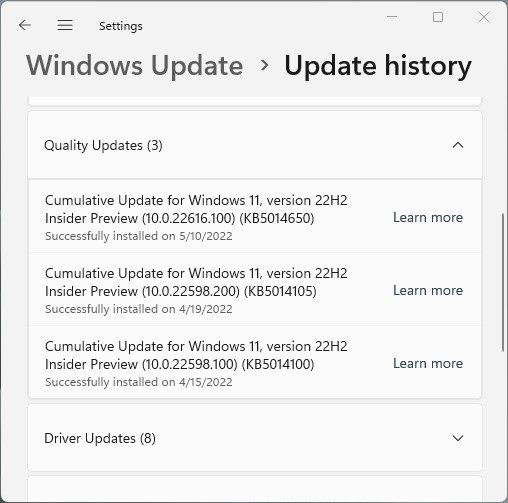 Yesterday (May 10) was Patch Tuesday. A plethora of updates hit for Windows 10 and 11 across most versions. Right now, various Windows news outlets are reporting issues with some of the updates just released. Naturally, I wanted to check to see if any of my PCs were affected, In reaching out to my various systems, I noticed RDP goes MIA following KB4014650 update to at least one of my Windows 11 Dev Channel PCs.

FWIW, that’s different from issues reported elsewhere (see this WindowsLatest story for an example). Most revolve around issues related to .NET Framework 3.5 problems.

On my Lenovo X12 Hybrid, the symptoms of trouble were easy to spot. Even though the Belkin Thunderbolt 3 dock remained plugged in, the system saw neither its GbE connection, nor the nominal 5TB HDD plugged into one of its USB-C ports. Thus I knew something was up with peripheral connections. Fortunately, an unplug/re-plug operation brought both the dock and the drive back into service.

One of my X380 Yogas was unaffected by the update, and RDP kept working as always. Amusingly, the second instance (both machines are identical except that one has a Toshiba/Kioxa SSD, while the other has a Samsung, of which both are OEM varieties) did not come up right away. A visit to Settings → System → Remote Desktop to turn Remote Desktop off, then turn it back on, did the trick for this machine.

Neither fix was a big deal: each was obvious and thus easily identified, and likewise easy to fix. I can only wish all my Windows problems were this lacking in subtlety and amenable to repair. Long experience teaches me otherwise.

Shades of Other Days & Other Fixes

I can remember days when Windows 10 updates would routinely mess with my Network and Sharing Center settings. Advanced sharing settings for Private, Guest or Public, and All Network elements would routinely revert to their defaults. So then, I would have to re-set them to the way I wanted them to be. This latest set of issues strikes me as something in that vein. Hopefully, it will be just a one-time blip rather than a new continuing gotcha. Time will tell: I’ll keep watching, and report what I find. Stay tuned! 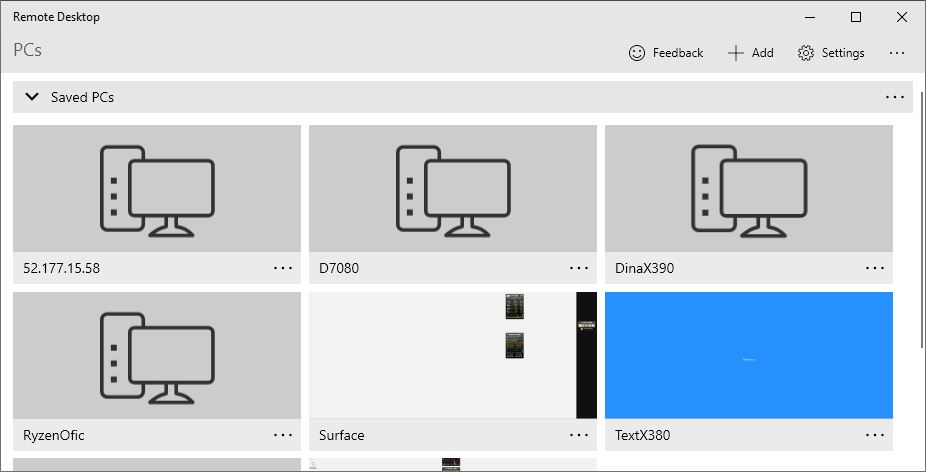 Here’s an interesting problem that I apparently share with lots of people. Try searching on “can’t login to RDP” or “MSA login to RDP doesn’t work.” You’ll see what I mean. For me, MSA login doesn’t connect via RDP from my trusty Win10 production desktop to my new Ryzen 5800X build. Sigh.

So, of course I went through all kinds of contortions and research to try to get it working. I tried a variety of GPO settings, registry hacks and more, all without getting any love.  I spent 45 minutes trying to make this work to no avail. Even though I double-checked my passwords (and in one case, reset it just to make darn sure) I kept getting errors. Either “The password used to connect to the remote PC didn’t work” or “The credentials didn’t work” (RDP app and mstsc.exe, respectively). Words alone can’t convey the frustration in using a known, good, working password and getting such an error. Ouch!

When MSA Login Doesn’t Connect Via RDP, Use Local Account

Then, in several of the posts I read online, I noticed that similarly afflicted individuals succeeded in opening an RDP session using a local (client) account. So I set up a local account on the client PC using the “Add account” facility in Settings → Accounts → Other Users. Hint: you have to say you don’t know the user’s sign-in info to get to the right screen, where you choose the “Add a user without a Microsoft account” (MSA) to create a local account. Sigh again.

So, I created an account named LocalU, and then promoted it to Administrator status. Then, on my next RDP attempt into that PC the login succeeded using that account name and its associated password.

Even though you can’t always make Windows do exactly what you want, you can often find a way to get what you need through some workaround. This is actually a pretty good example. I can’t say I’m happy about this (and plan to report it to Feedback Hub next). But at least I can RDP into my new desktop. This will be very important when I start migrating files and stuff from the current production desktop to what will be my new production desktop next month.

Stay tuned! I’ll keep you posted as things progress in their usual “two steps forward, one step back” fashion. Should be fun…