In attempting to fix erratic mouse behavior on my production desktop, I discovered the need to visualize what USB devices were connected to which ports on my PC. I also wanted to make sure I had USB 2.0 devices connected to USB 2.0-capable ports and hubs, while I was looking into these matters.

To those ends, I tried to run down a reasonably capable but free USB inspection or reporting tool that could tell me what was what on my PC. Ultimately, I wound up with USBView, a simple but effective Microsoft-made utility.

One interesting thing about this task was how to search for what I wanted. “USB scanner” didn’t do it, nor did “USB mapper,” “USB diagnostics,” or “USB ports.” After flailing about for a while, I went to visit a familiar USB Website I turn to from time to time, EveryThingUSB. They recommended a tool called USBinfo, but all the links I could find to the program (especially the latest version, 2.0) were defunct (though I did find a working link to a Version 1.2 download). I also discovered a USB sniffing tool from HHD Software called USB Monitor Lite, for which a free trial download is available (it’s only good for 14 days, after which the buy-in is $40). I also found a nice-looking utility from Nirsoft called USBDeview but it wouldn’t work properly on my PC, and appeared to cause the very kind of erratic mouse behavior that had prompted me to search for such a tool in the first place!

But once I had some program names and looked at what they called themselves, and how they described themselves, my search terms became more relevant to the actual tools and utilities out there in cyberspace. In fact, a search on “USB utilities” proved most useful, and led me to the site where I discovered Microsoft USBView.

USBView lists the hierarchy of USB devices present on your PC. If you haven’t added a bus-attached USB controller to your system, it lists all of the USB Universal Host Controllers (UHCs) on your motherboard at the top of the hierarchy, followed by the USB root hubs attached to the host controllers. If you do have one or more additional USB controllers, you’ll see extra entires at the top two levels of the hierarchy. At the next level down, you’ll see either Port numbers or any secondary hubs that you may have attached to USB ports on your PC or notebook computer. At each level in the hierarchy, any device you highlight in USBView’s left pane displays its properties in the right pane for inspection. Clicking on any Port to which a “Device connected” notification attaches will usually permit you to identify that device by looking at its associated property values.

For my SuperTalent Pico 8GB Flash drive, however, I had to identify it by process of elimination because USBView failed to resolve its vendor ID. All of the other devices were identifiable by type and by vendor in the properties information pane. As it happens, the Pico’s vendor ID resolves to the chip maker’s name for the Flash RAM it contains, rather than the device builder’s name anyway, as I discovered thanks to a handy unofficial list of USB vendor IDs. When in doubt, I also discovered, you can always remove or insert a device to change your configuration, or do both, to conclusively identify any particular USB device anyway.

For others who are incurably curious about what’s on and in their PC’s, or those who must deal with USB problems, some or all of the utilities mentioned here may come in handy. For me, USBView was just what I wanted, so it was the only one to remain resident on my machine.

Just for grins, I decided to install USBInfo version 1.2 on my Vista machine to see how it compared to Microsoft’s USBView. I’ll never know, because the program is incompatible with Vista. It uses several obsolete and deprecated DLLs, some of which are no longer available in Vista, and some of which provoke a “contact Microsoft for more information” warning when the program goes looking for them (most notably msvbm50.dll, which dates all the way back to the Visual Basic 5.0 era).Though there are sources for such things online, I decided to forgo this dubious privilege and immediately used Revo Uninstall to get the program back off my machine, with no apparent ill effects. I also found a download for version 2.0 at www.onlinedown.com through mirror 6 or 7, but it too suffered from exactly the same problems. My advice: don’t bother with this software on a Vista system!

Totally updated for 2011, here’s the ultimate study guide for the CISSP exam!

Considered the most desired certification for IT security professionals, the Certified Information Systems Security Professional designation is also a career-booster. This comprehensive study guide covers every aspect of the 2011 exam and the latest revision of the CISSP body of knowledge. It offers advice on how to pass each section of the exam and features expanded coverage of biometrics, auditing and accountability, software security testing, and other key topics. Included is a CD with two full-length, 250-question sample exams to test your progress. 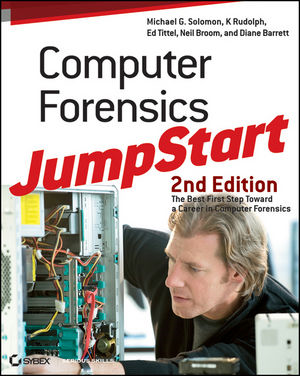 Essential reading for launching a career in computer forensics!

Internet crime is on the rise, catapulting the need for computer forensics specialists. This new edition presents you with a completely updated overview of the basic skills that are required as a computer forensics professional. The author team of technology security veterans introduces the latest software and tools that exist and they review the available certifications in this growing segment of IT that can help take your career to a new level. A variety of real-world practices take you behind the scenes to look at the root causes of security attacks and provides you with a unique perspective as you launch a career in this fast-growing field. 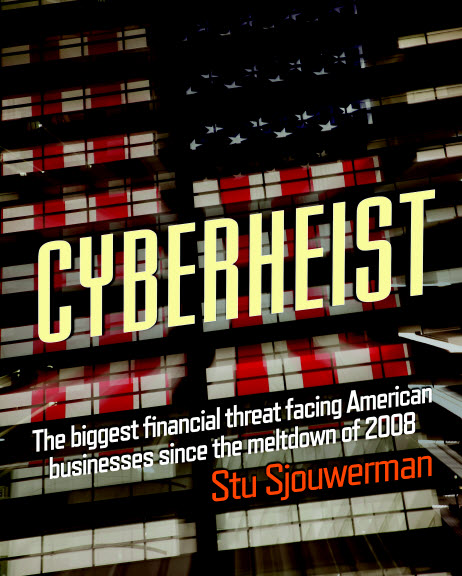 Not since the markets melted down, and the recession sank its icy hooks into the business climate in 2008, has American business faced a threat as serious as the current cybercrime scene. Small to medium enterprises have been hard-hit in particular, amounting to tens of millions of dollars being stolen out of their bank accounts.

This book is meant to educate you about the dangers of conducting business online. In particular, it covers phishing, a particular type of social engineering attack delivered by email or over the Internet. 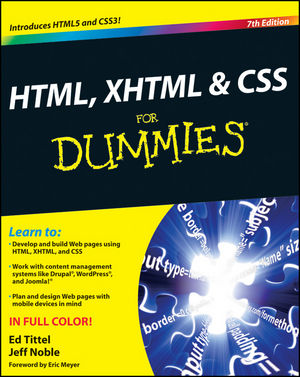 The indispensable introductory reference guide to HTML, XHTML and CSS

Even though new technologies enable people to do much more with the Web, in the end HTML, XHTML and CSS are still at the root of any Web site. The newest edition of this bestselling guide is fully updated and revised for the latest technology changes to the field, including HTML5 and CSS3. Illustrated in full color, this book provides beginner and advanced coders the tools they need to be proficient at these programming languages.

A couple of months ago, my friends at memory maker SuperTalent Technology sent me several of their super-compact Pico USB Flash drives for review. After finishing a couple of books, and dispatching diverse dragons, I’m finally ready to report on my findings. The quick’n’dirty take on these 8 GB flash drives is: excellent value, nice engineering, ultra-compact form factor, very usable, though a tad slow (but OK) for ReadyBoost.

Let’s start with a list of what SuperTalent sent me:

No matter which model you choose, you get a lot of capacity at a very low price–for the preceding units $/GB falls in a range from $1.87 to $3.45. Even at the high end, this is cheaper than 4 GB units cost less than six months ago.

Pros and Cons of the 8GB SuperTalent Models

On the plus side, you get decent read speeds (just under 30 MBps seems like a safe average figure), a low price per GB of storage, compact sizes, light weight, and pretty good looks. All these Flash drives worked well for us in the office and on the road, and were more than tough enough to shrug off the hazards of travel and life on the road, as well as the hazards of a home office with an inquisitive 4-year-old VERY interested in these compact powerhouses.

On the minus side, you get fairly slow write speeds. Our HDTune screencaps consistently read under 10 MBps–we measured 9.22 MBps for a 2.6 GB .PST file just to confirm these numbers–in fact, write speeds appear to average in a range from 6 to 9 MBps. By contrast, my trusty old 2 GB Memina Rocket measures out 18-23 MBps on these same tests; newer SATA hard drives routinely measure between 60 and 70 MBps write speeds. Though I used the Pico-D for ReadyBoost on two different Vista systems for a week apiece, and noticed no slowdowns, Overclockers.com currently gives the OCZ Rally the nod for “fastest ReadyBoost Flash Drive” where an 8 GB model will set you back $23 at Newegg. I only observe a 4-5% difference in the PC Doctor memory benchmarks when using faster versus slower ReadyBoost drives, however, so I’m not sure it really makes a big difference.

With Flash drives as small as the Pico units, you also have to be careful when working with them. They’re so small they can disappear far too easily, so it’s best to keep them plugged into a USB port, or clipped onto a key fob (that’s how I manage to hang onto mine, anyway).

If you want stylish, capacious, and affordable USB Flash drives, you could do a lot worse than to pick up one or more of these SuperTalent Pico drives. If you want mine, you’ll have to fight me for it![/important] 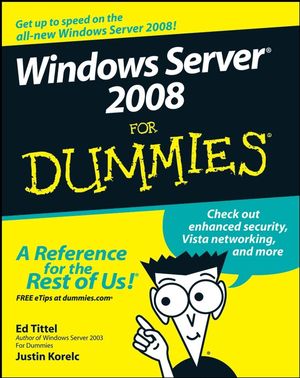 All I can say when it comes to finally getting my production Vista desktop working as I think it should be is “It”s about (expletive deleted) time!” After building this system over the summer and dealing with the usual shakedown issues involved in getting all the software and settings installed, I found myself fighting a series of mysterious and frustrating hardware problems that lasted from the end of August through the first week of November, 2008.

END_OF_DOCUMENT_TOKEN_TO_BE_REPLACED

The second Tuesday in each month is when Microsoft schedules its patches, fixes, and security updates. Recently, Microsoft has begun to offer Advance Notification for its Security Bulletins, which makes it a lot easier to tell what”s coming down the pike. For December, 8 updates have been pushed to the Windows Update servers

END_OF_DOCUMENT_TOKEN_TO_BE_REPLACED

Because of their cramped cases and modest ventilation, most notebook PCs tend to run significantly hotter than desktop PCs. Recently, case and cooling specialist ThermalTake sent us one of their notebook coolers to look at, promising some “interesting results” from its use. With that tantalizing promise to test, we decided to check it out with our trusty Dell D620 Latitude notebook PC.