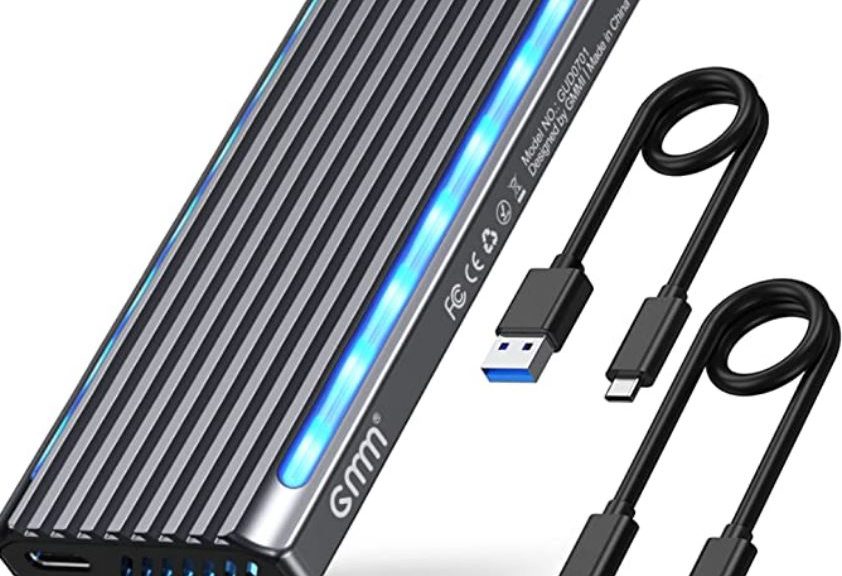 This is the part of playing with Windows that I love best. I’m researching different speeds for backup drives, ranging from a USB-C HDD drive caddy into the SSD realm. My objective is to see how fast an external USB-C drive can go, and to see if Thunderbolt support makes any difference.  I added a cheapo (US$29) NVMe enclosure to my line-up. But alas, that Thunderbolt 3 SSD enclosure raises odd issues. Let me explain…

As far as I can tell, I went too far back in time with the first M.2 NVMe I tried out in the cheapo new NVMe enclosure. My initial attempt featured a 2016 vintage OEM Samsung MZVPV512HDGL SSD. It kept blowing up during write testing in CrystalDiskMark, and it wouldn’t make a Macrium Reflect backup.

So I cannibalized a newer ADATA XPG 256GB SSD (vintage 2020) from my Sabrent-enclosed Ventoy drive and tried that instead. It worked just fine, and got aggregate read/write speeds from Reflect of 5.7/3.0 Gbps when backing up my Lenovo X12 Hybrid Tablet. It includes a USB 3.2 version of USB-C with Thunderbolt 3 support. Total backup time on that system was 6:16 with 76.5 GB on the C: drive and under 1.5 GB on the other partitions. Figure 78 GB overall, that produces a physical time (no compression) of roughly 200 Mbps of ongoing read/write activity. By comparison an mSATA drive (vintage 2013) takes just under16 (15:56) minutes to complete the same backup. That’s more than 60% faster!

It’s All About the Speed

My best guess is that the older drive wasn’t sufficiently compatible with the PCIe x3/x4 requirements inside the NVMe enclosure. Once I switched over to something newer (and definitely PCIe x3 compliant), everything worked fine. I’ve got a brand-new PCIe x4 SSD coming today or tomorrow, and am hopeful the faster media will also produce faster transfer rates for backup, too. We’ll see!