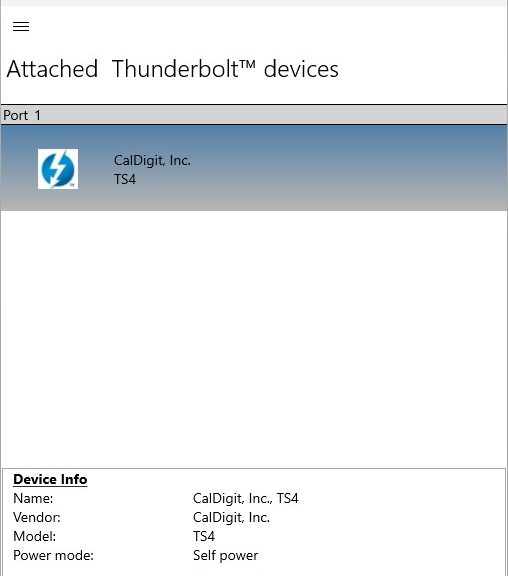 Here’s an interesting discovery. Or maybe it should be called a “realization.” Yesterday, upon trying out my new Belkin and CalDigit Thunderbolt 4 docks, I learned that USB-C port choice really matters. In fact, my reported GbE issues with the Belkin Thunderbolt 3 port are probably related. Please: let me explain…

Simply put, if you plug a dock into the upper USB-C port in the Lenovo X12 hybrid laptop it works as it should. Plug it into the lower USB-C port and the GbE connection disappears. Also, the device does not show up in the Thunderbolt Control Center app, either. What Does It All Mean, Mr. Wizard?

What it means is that on this Lenovo model, only one of its two USB-C ports also supports Thunderbolt (and it’s version 4, interestingly enough). Here’s my clue from the product family specifications page, which reads as follows under “Ports/Slots”:

The reason why storage keeps working, but why networking and video — and presumably  other high-bandwidth connections — do not, is because Thunderbolt support is required for such things. If I’d still had a monitor attached to the X12 (I sent it off to school with my son) I might have figured this out faster. But now I know . . . and so do you! And it goes to show that sometimes, where you plug in really matters, even if the “gozintas” look the same.