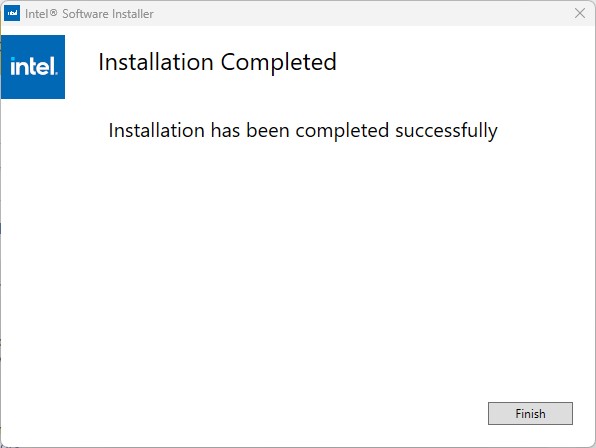 I remember the networking wars of the late 1980s. That was when Token Ring, ARCnet, LocalTalk and other physical media vied with Ethernet for market- and mindshare. Indeed, I’ve worked with versions of Ethernet all the way back to 10Base2 and 10Base5. Thus, I successfully upgraded the Wi-Fi drivers on my 2018 vintage Lenovo ThinkPad X1 Extreme (running Windows 11) with bemusement and appreciation minutes ago. Based on how earlier Windows versions worked, there was surely some remote Wi-Fi driver update magic involved.

The lead-in graphic is the Intel installer pane that announces a successful Wi-Fi driver install. What’s interesting about this? It’s inside a Wi-Fi based RDP session. I’m working on my production PC via Remote Desktop Connection to the X1 Extreme. It restored itself automatically once the driver install finished. It came back up, even though the connection dropped as that update occurred. No working driver means no Wi-Fi during the switchover from old to new.

Good question! RDP apparently recognizes enough about the dropped session to bring it back to life. And FWIW, that occurs during the first “retry” — by default, RDP attempts resuscitation up to 5 times — without undue muss or fuss.

What makes this noteworthy? I can remember that even Windows 7 could not restore RDP sessions dropped during driver updates. Windows 8 (and 8.1) were hit or miss. It’s only since Windows 10 came along in 2015 (General Availability: 7/29/2015) that this capability has been both mainstream and dependable.

Once upon a time, Wi-Fi driver updates meant the end of open RDP sessions. Recovery was impossible: the only way back in was to fire Remote Desktop Connection up, and start afresh. It’s a small thing, really, but one I’ve learned to appreciate in modern Windows versions.

Modern Wi-Fi testifies to robust and practiced driver design. Indeed, it keeps working in the face of many predictable difficulties. Replacing drivers is a case in point, but Wi-Fi just keeps on chugging along. And that’s despite various source of interference, occasional hiccups with power, wireless gateways, and more. Having followed the technology as it’s grown and sped up I’m grateful it works well.