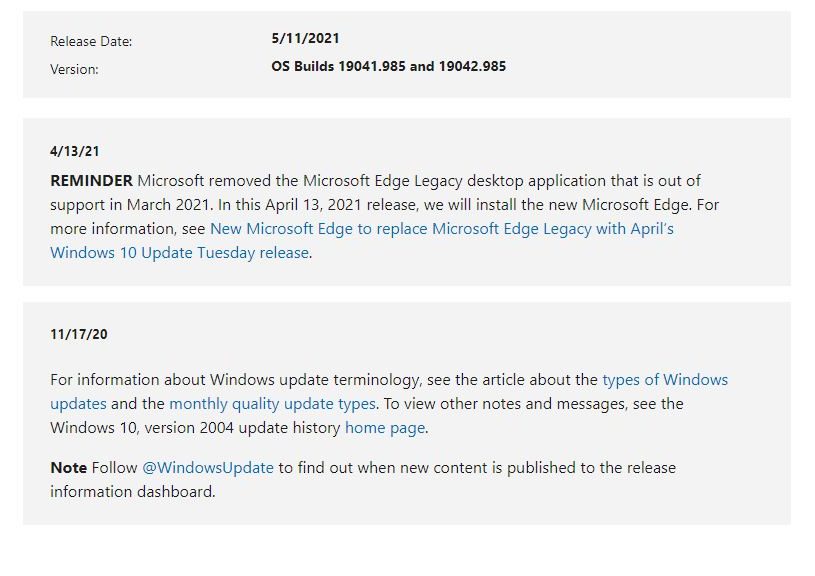 Most discussion of the new CU from security experts strongly recommends installing this update (see, for example, this BleepingComputer item). In addition to the 3 critical items already cited, this update fixes 55 vulnerabilities overall, one more of which is also labeled “critical”. 50 are designated “important” and one “Moderate.” To most people in the know, this makes the update worth installing, even though the three afore-mentioned vulnerabilities are not yet known to be exploited in the wild.

What Else Ya Got?

In the KB overview info, MS specifically calls out the following highlights (quoted verbatim from that source):

That document also mentions security updates to the Windows App Platform and Frameworks, the Windows Kernel, Windows Media, the Microsoft Scripting Engine, and the Windows Silicon Platform. A little bit of everything, in other words. For further details on all 55 items covered in this update, check the May entries in the Security Update Guide from MS.

I concur with the experts: this update is worth installing. Check it out, and make the call for yourself. For the record, I had no trouble with it on any of the half-dozen machines eligible for the update. No issues during install, and nothing noticeable afterwards. So far, anyway…