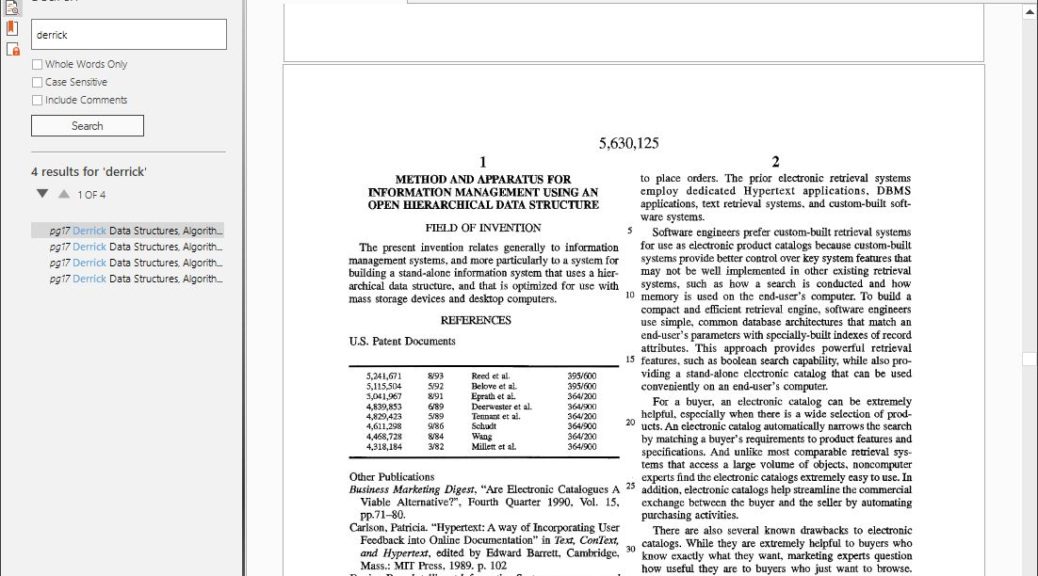 The old saying goes “If it ain’t broke, don’t fix it.” I was reminded yesterday that the converse is also sometimes true. I’d been struggling with an OCR issue in Nitro Pro v13. Each time I ran the process on a particular patent PDF (downloaded from the USPTO), the program would crash. Then I remembered that SUMo (Software Update Monitor) had reported a new NP13 update was available on my latest scan. “Hmmm,” I thought to myself, “maybe an update will help…” You could say I clutched at the hope that the update fixes Nitro Pro OCR issue. “Here goes nothing…,” i continued, as I started looking for the latest version download.

I had to go and download a new version of the Nitro Pro exe. That version number was 13.50.4.1013. Because NP13 lacks a built-in update facility, one must download the exe and manually install it to perform an upgrade. I usually avoid that except in cases of difficulty. But this time, it did the trick. After the update, my next OCR attempt succeeded, as shown in the lead-in graphic.

There’s a “trick” to grabbing Nitro Pro updates. I’ll share it because it will help me remember what I  need to do for my next upgrade, too. You must scroll to the footer (bottom) of the gonitro.com web page, and access the “Downloads” link under the “Support” heading. Here’s what that looks like right now:

The latest version always shows up at the top of the downloads page.

A link to the latest version always shows up on that page, but is nearly impossible to find otherwise.  I can’t  understand why it doesn’t come up first in a Google search for “Download Nitro Pro.”
It does not: Go figure!