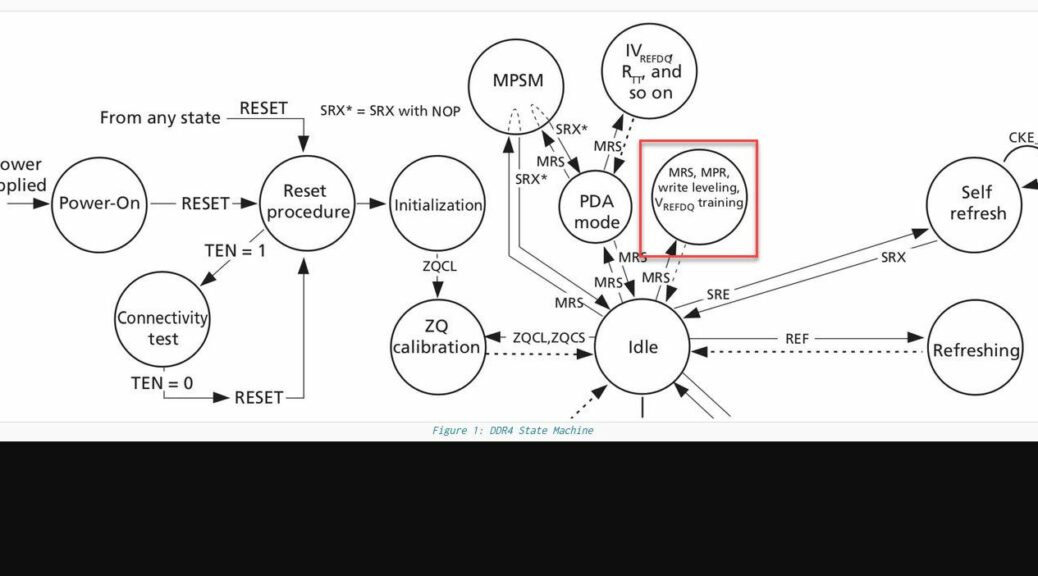 OK: here’s a new one on me. This weekend, I updated the UEFI on the Lenovo P16 Mobile Workstation. Along that update path, the P16 posts mysterious memory training message. Something along the lines of “the screen will go dark for 2 minutes while the system performs memory training.” I’d not enountered this terminology before so I was taken aback. Turns out it’s a well-known thing, tho…

Apparently memory training — or as Lenovo calls it in the P16 Maintenance manual: “memory retraining” — can happen after hardware changes or following UEFI updates. Online research eventually led me to a document that explained what’s going on. It’s called DDR4 SRAM: Initialization, Training and Calibration, and it’s darned informative. In fact, it’s worth a read-through for those interested in going beyond the basics I’ll present here.

For my purposes, it was enough to know the following:

1. Device or firmware changes can affect memory timing and performance
2. Training uses an iterative approach to altering timing values
3. It converges on settings that provide a workable trade-off between speed (faster performance) and stability (fault-free memory access)
4. If your motherboard uses JEDEC timings, training/retraining is not usually required (or performed)

In fact, it’s a lot like what I used to read at Tom’s Hardware about over-clocking PC memory back in the late 1990s. Start from a safe setting, increment and try. If it works, increment again. Repeat until a failure occurs. Back off to the preceding increment. Done!

The bottom line is that what I was entirely normal. I’d either never seen or never noticed such warnings before, but they’re typical following hardware (usually RAM module swap-outs) or firmware (including UEFI) changes. Now I know. And it gave me a good excuse to download and read around the maintenance manual for the P16. That’s always fun, too.