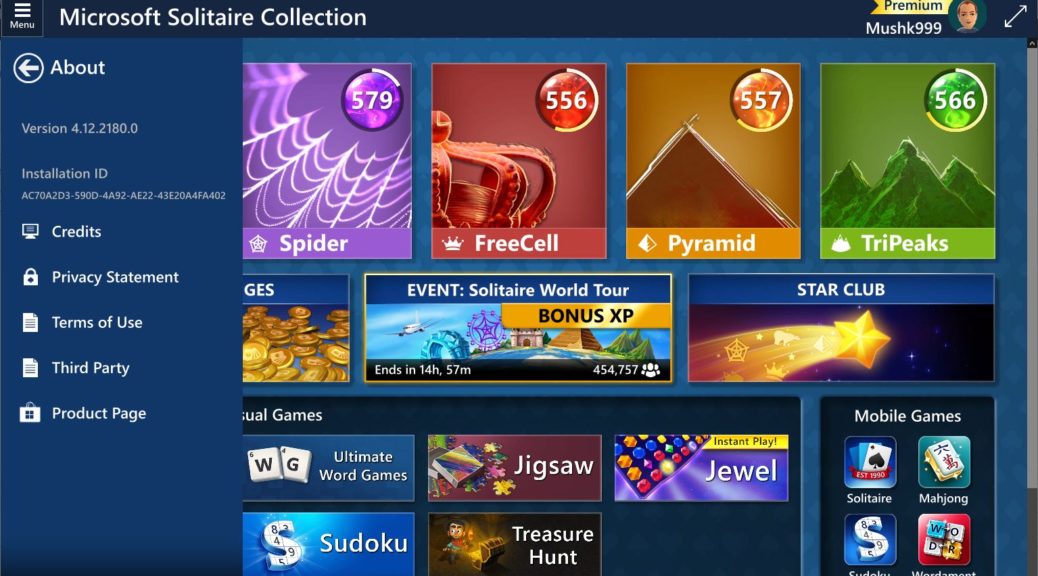 I cheerfully confess: I start most working days off with a rousing round of Microsoft Solitaire. When the game pane started flickering this morning, I asked myself “Time for a new Nvidia driver?” Sure enough, a new one issued on March 22 (yesterday). And, as usual, that GPU driver update fixes flickering Solitaire as desired.

I upgraded the Game Ready Driver to yesterday’s version 512.15 using GeForce Experience. The whole process took under 10 minutes. No reboot was required. Interestingly, Reliability Monitor collected no errors nor warnings while the monitor was flaking out on me, either.

It’s a good thing that the symptoms are both obvious, and easily diagnosed. And FWIW, a keyboard GPU restart (CTRL+WinKey+ Shift+B) didn’t fix things. That’s why I was hopeful that a driver update would make it all better. Luckily for me, that turned out well.

What If a New Driver Flops?

Things rapidly get more interesting if a new GPU driver fails to fix monitor flicker. First and foremost, I’d check cables next, starting (in this case) with the DisplayPort cables that stretch from the Gigabyte RTX 3070 Ti GPU adapter to the affected Dell 2717D. If a cable swap didn’t fix things, I’d try rolling back two driver versions or more (for Nvidia GPUs, that means using its manual driver search facility). If no joy after two or three older driver attempts, I’d next run monitor and GPU diagnostics.

Most of the time, it’s the driver. If it’s not the driver, it’s usually the cable. If I have to get down to diagnostics (usually available from GPU and monitor makers), things can quickly get expensive. Glad to have avoided such issues this time around.

But, here in Windows-World, it’s always something, right?