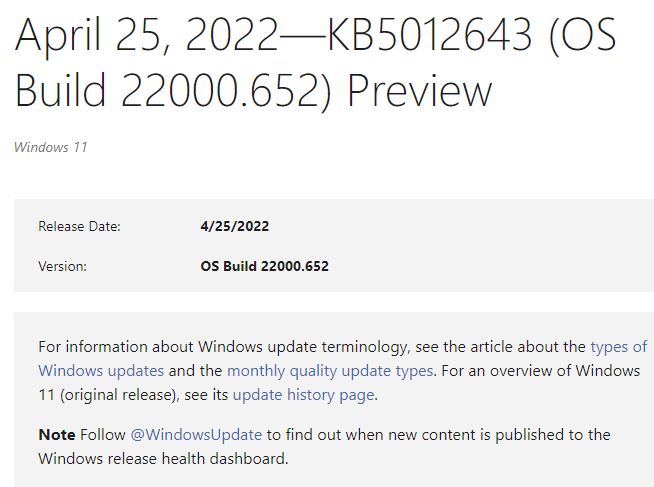 OK, then. I just installed optional/preview update KB5012643 on my Windows 11 X1 Extreme laptop yesterday. This morning, I’ve been fighting camera frame server crashes. You can see the traces of this contest from Reliability Monitor in the following graphic. You can see an ongoing sequence of repeated “Windows Camera Frame Server” errors at semi-regular intervals. Each one follows a “test reboot.” [Click image for full-sized view.]

In researching this error, I came across a registry hack in the HKLM/SOFTWARE/Microsoft/Windows Media Foundation/Platform key. It required creating a DWORD value named “Enable Frame Server Mode.” When that value was set to 1, the Frame Server crash ceased. Instead, I got a crash on Windows Biometrics. And when I restored my camera’s and fingerprint scanner’s ability to support Windows Hello, the Frame Server error popped back up again. I had to laugh!

Choosing the Lesser of Two Weevils

Dispelling the Frame Server error not only turned off the PC’s webcam, it apparently also messed with Windows Biometrics in general. Given a choice between a non-fatal (and only mildly annoying) Frame Server error at startup versus being unable to use Windows Hello, I choose the latter. I’m reporting the error to Feedback Hub, and hoping for a fix. But I’m continuing to use my camera and fingerprint scanner for login/authentication purposes.

Go figure! In Windows-World one must sometimes trade off one thing against another. This time around (and in most cases) easier security via biometrics won the toss…