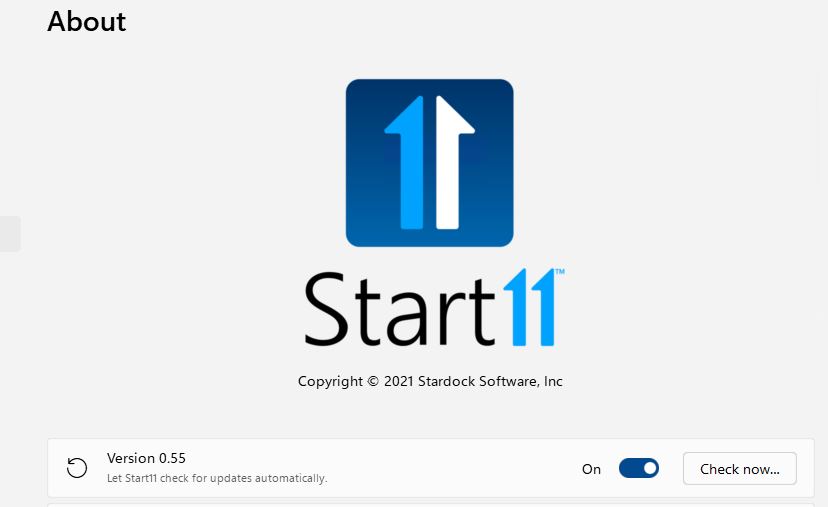 Last Thursday, I installed the latest Dev Channel build for Windows 11 on two test machines. Interestingly, I couldn’t access Notifications and the Calendar on one of them, while it worked perfectly on the other. Thinking about what’s different between those two, one has Start11 installed, the other does not. And indeed, Build 22463 blocks notification/calendar access only on the Start11-equipped PC. Could this be the problem? Probably, but let’s investigate…

My first step was to check the Stardock website. Sure enough a new beta version (0.55) of Start11 is out, dated (gasp!) August 31. It hasn’t reached “quasi-production” status yet, but I figured it was worth a try. I downloaded and installed this version on the problem PC and sure enough: it fixed the issue.

Immediately after rebooting the test machine, I clicked on the far-right calendar icon in the taskbar. And immediately after that, what you see in the following screencap appeared on screen:

Sometimes, the obvious cause of trouble turns out to be its actual cause as well. Luckily, this was not only easy to diagnose, it was also easy to fix — thanks to an update about which I had been unaware.

Take a Troubleshooting Lesson from My Experience

It’s incredibly benefiicial to have a base for comparison when troubleshooting often complex software interactions on Windows PCs. That’s why I made sure one of my Windows 11 test configurations runs plain-vanilla all the way: no menu changes, no appearance tweaks, no registry hacks, and so forth. And because that PC worked just fine with build 22463, it let me zero in quickly on what was different (and ultimately, involved) in this taskbar/menuing issue.

If you’re going to work on Insider Previews, it’s a good idea to take a similar approach. Always leave one test PC as plain vanilla as possible, to help eliminate MS as the cause of UI and app/application misbehavior. If that plain-vanilla machine does not have issues, whatever’s different on other machines is most likely at fault. That’s how it often works in general. And that’s how it worked this time in particular. It’s nice when things are clear cut and easily diagnosed, here in Windows-World. I only wish things worked out so quickly and easily in most such cases (in my experience, only about half do. Those that persist beyond the obvious can be devilish indeed).