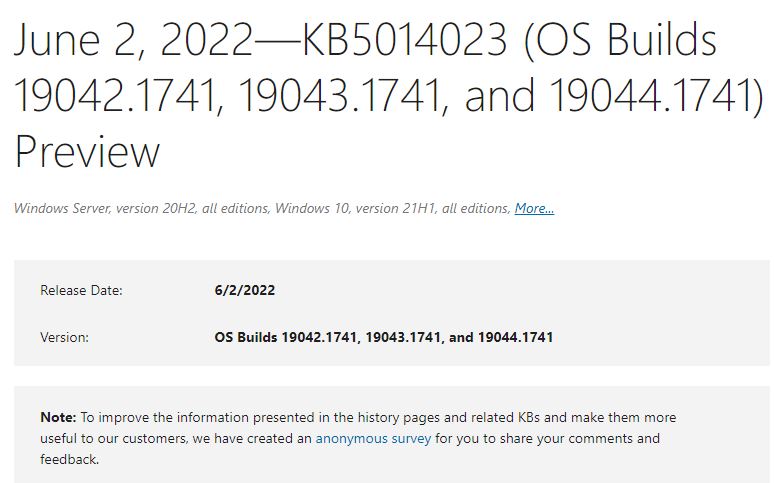 It’s not often I’ll recommend a Preview CU (Cumulative Update). This is one time, however, when I can get behind one of its fixes. Simply put, for some PCs, KB5014023 Speeds File Copies. As it says in its announcement, “Addresses an issue that causes file copying to be slower.” For my local PCs, that translated into about a 20% improvement. Across the network between two M.2 SSDs, speeds went up from about 40 MBps to about 50 MBps, with typical variations during the copy maneuver.

I’m not seeing anything by way of known issues for this KB, so individuals and small businesses can try it out immediately. Larger businesses can use it as a test subject to see if they want to include the upcoming monthly update (due on June 14) in their next round of scheduled updates.

As far as I’m concerned, anything that speeds up file copies is a good thing. That said, not all PCs will benefit from this update. But you can’t know until you try. In my mind, that makes the try worthwhile. So far, the lack of reported issues means you’re not risking much, if anything. And you just might improve file copy speeds on your target machine. I say: go for it!

I’ll be away from my desk, traveling on business all week next week. I won’t be posting to the blog as usual. Look for me to return to the usual schedule on Monday, June 13. Try to survive without my verbiage in the interim, as best you can. Cheers!