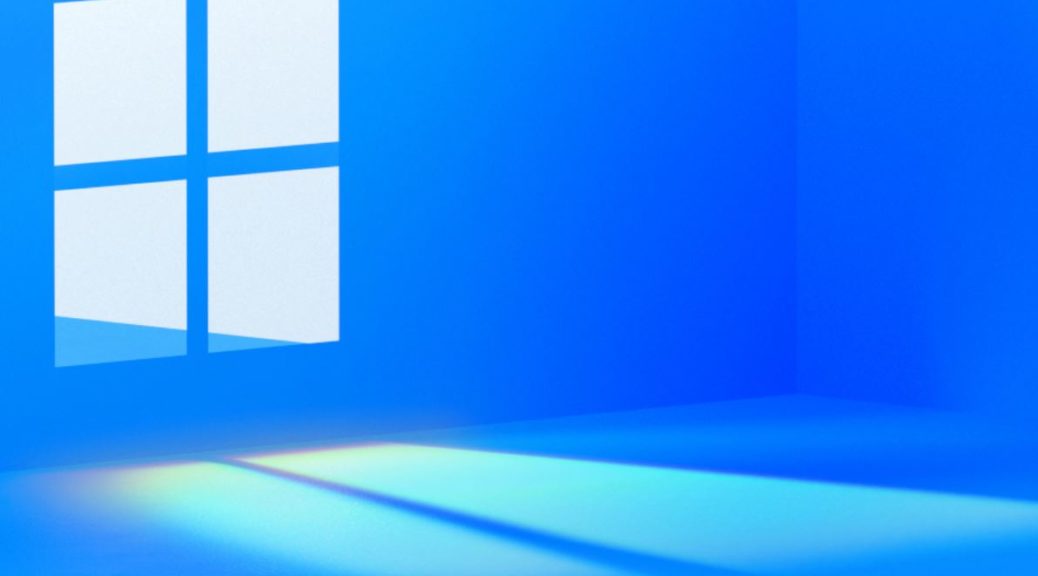 In the past week, there’s been a flurry of rumors around Windows. Indeed, Microsoft will announce a “what’s next” for Windows at an upcoming live-stream event scheduled for June 24. The lead-in graphic for this story comes from the illustration just below the invitation text. That text reads (in part) “Join us to see what’s next for Windows … 06.24.21 at 11 a.m. Eastern Time” Notice the light passing through the window (below) is missing the crossbar above. This simple discrepancy has swept the Internet, as Windows 11 rumors swirl bemusingly.

The two bars of light beneath the Window could represent the number 11, to those inclined to find signifance therein. Leaks reproduced in sites like WinAero.com cite references from usually well-informed sources to confirm the 11 numbering (or nomenclature).

Am I onboard for such speculation? Maybe I’ve been following Windows for too long now. I just can’t get too excited about the idea of an “increment by 1” operation on the current Windows major version number. Given that the same breathless sources positing such an increment is inevitable also say “Windows 11 uses the same code base as Windows 10,” it doesn’t seem like a seismic shift of any sort to me.

Sure, Satya Nadella said at Build 2021 that “one of the most significant updates to Windows of the past decade” was in the offing. He also referred to it (as has Panos Panay, the guy now in charge of Windows development as MS) as “the next generation of Windows.” But what does it really mean when Nadella goes on to say:

We will create more opportunity for every Windows developer today and welcome every creator who is looking for the most innovative, new, open platform to build and distribute and monetize applications.

Answer: we’ll find out more on June 24 when the livestream event goes down. In meantime ask yourself how much difference a different version number will make? Frankly, I’m more interesting in learning whether or not moving from old to new versions will be free (as it was from 7 to 8 to 8.1 to 10) or require purchasing a new license? Hopefully, we’ll find out. Stay tuned!