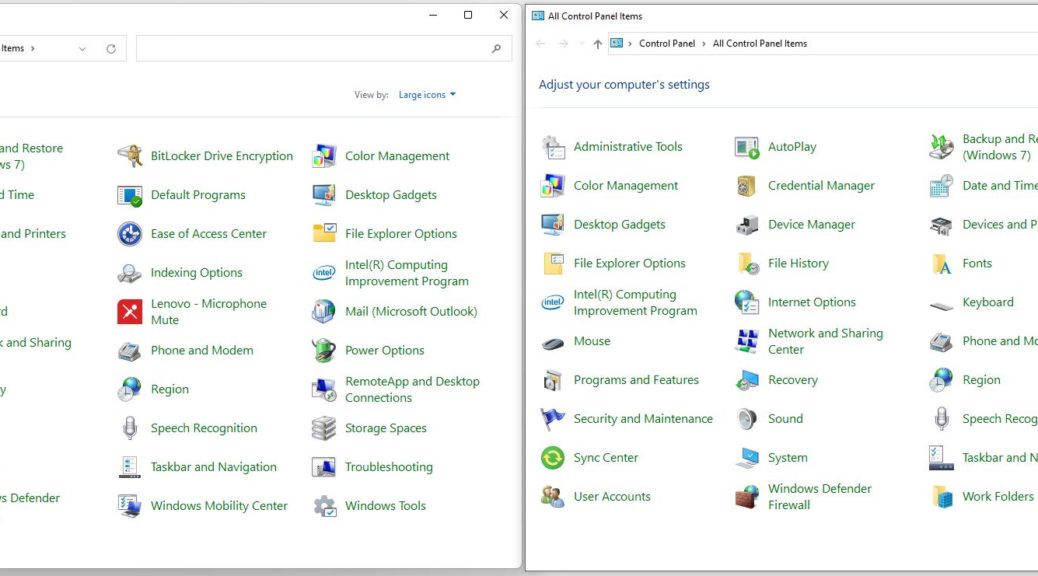 It’s been a long time coming, and it could still be some time coming yet. But Windows 11 Build 22509 Control Panel changes show the shape — if not the ultimate destination — of things to come. The lead-in graphic for this story shows Control Panel (CP) from Windows 11 left, and Windows 10 right. (Right-click the image and select “Open image in new tab” or equivalent to see it in its full glory.) Careful examination of the image shows items missing from 11 include Administrative Tools and Windows Tools. The new look includes more modern icons and rounded corners, too. A lot of this stuff is seldom used, and all of it is easily accessible by name, through God Mode, and other means…

Same thing goes for Windows tools, which provides access to 36 items ranging from Character Map to WordPad (in alphabetical order), with considerable overlap with the previous Administrative Tools item. IMHO, neither of these leaving CP is a loss, let alone a great one.

Look for Increasing Vanishment Ahead

Long term the impetus seems clear. MS will move more stuff out of CP and under Settings. Ultimately, CP might disappear completely. But that’s probably a long-term phenomenon at least a few years into the future, if not further out that that. According to WindowsLatest, the next Windows 11 Insider Preview Dev Channel update will do away with still more CP elements. It should be interesting to see which ones go away, and in what order.

As this stuff starts falling out of CP, count on me to keep you informed. I thrive on this kind of administrivia, and revel in sharing it with my readers — that means you! Stay tuned, and we’ll all keep up with the incredible shrinking collection of Control Panel elements.