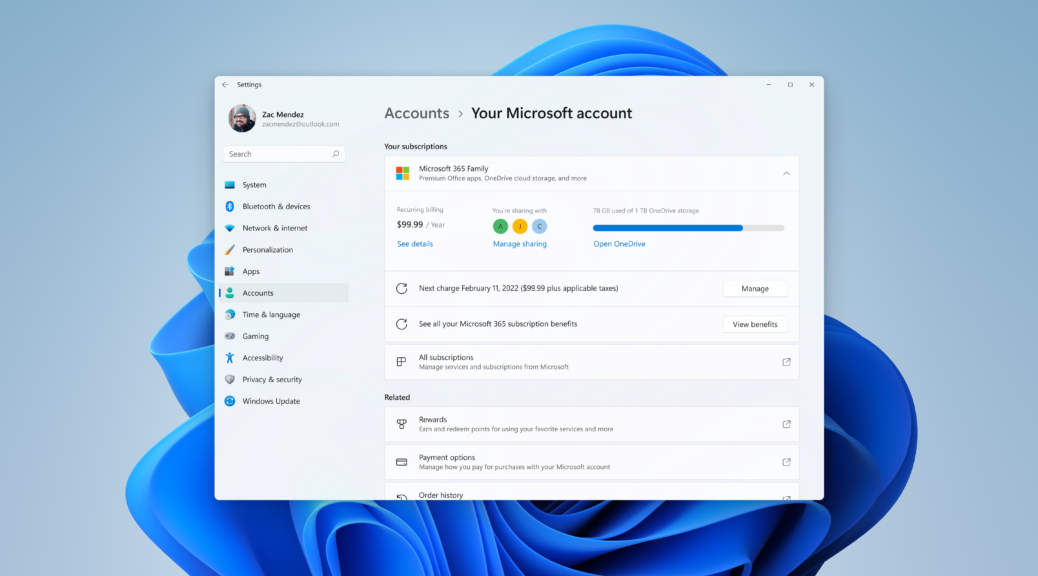 OK, then. I knew I was doomed when I saw the October 27 Windows Insider Blog. It covers Windows Insider Dev Channel build 22489, which I’d already installed. As soon as I saw the words “we are beginning to roll out…” I knew they weren’t rolling it out for me. Don’t ask me why I’m always out of A/B Windows tests. But whenever MS rolls something out to a select few, I’m never in the first cohort. If I had any hair on my head, I might tear some out. Good thing I’m bald…

Is Bad Luck Why I’m Always Out of A/B Windows Tests?

I don’t think so, but who knows? The latest feature that I can’t play with is called “Your Microsoft account” (available in Settings → Accounts). The lead-in graphic for this story is what those lucky few get to see (but not yours truly, not on either Dev Channel test PC).

For me, the question then becomes: “When do I get to see this new feature?” If experience is any guide, it will happen later rather than sooner. And it can’t be because my Windows 11 test PCs are of ancient vintage, either. The oldest one does run an 8th gen Intel CPU, but the newer of the two is 11th gen with Thunderbolt 4, even.

According to MJF at ZDnet this particular capability represents a real-world use of its Online Service Experience Packs. These mysterious “outside of OS updates” update mechanisms have been the subject of wonder and curiosity for some time now. As MJF says so pithily “Microsoft execs have said fairly little about Windows Feature Experience Packs,” another extra-OS update channel that’s equally enigmatic. To me, these things are the equivalent of the MSR in on-disk Windows layouts, which MS reserves for its own unstated purposes and about which I’ve been able to learn mostly zilch as well.

Thanks for helping to keep the mystery  alive and well in Windows, guys. It always keeps me paying attention, at least. Stay tuned, and I’ll let you know if BigFoot puts in an appearance, too…