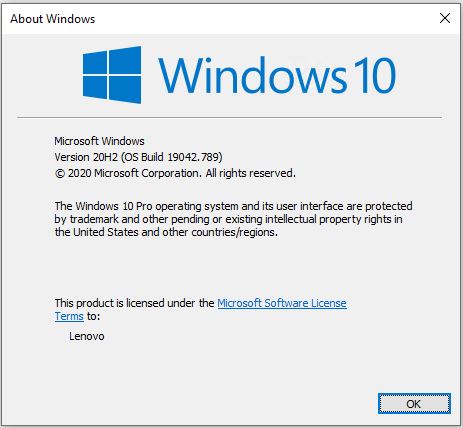 Today, I learned why that’s a BAD IDEA. When I realized that something was amiss, I learned that things were further out of whack than I’d dreamed possible. The hack meant that I could no longer use the tried-and-true “in-place upgrade repair install” technique to return my test PC to some semblance of normality.

That Key Doesn’t Work. Try Another…

I used UUPdump.ml to build a customized install ISO for 19042.789. But when I tried to run same on my “unofficial” 19043.782 machine, the installer asked for a Windows 10 key before it would proceed. None of the following worked:

Ouch! I was in trouble. Fortunately, i was able to restore a backup from a time when this test PC was still on the regular Beta/Release Preview build track. Once I’d done that, I was able to catch up and bring the PC up to build 19042.789, as shown in the lead-in graphic for this story.

The Moral of the Story

I’d been warned by friends and colleagues that wandering off the usual Insider Preview track is OK for experiments, but not for ongoing use. Now I know why: once you hit the next Cumulative Update (as I did today) the off-track releases will get weird in a hurry. My advice: learn from my mistake, and don’t go there, unless it’s on a throwaway VM. I now understand that’s how I should have played that, too. Live and learn!