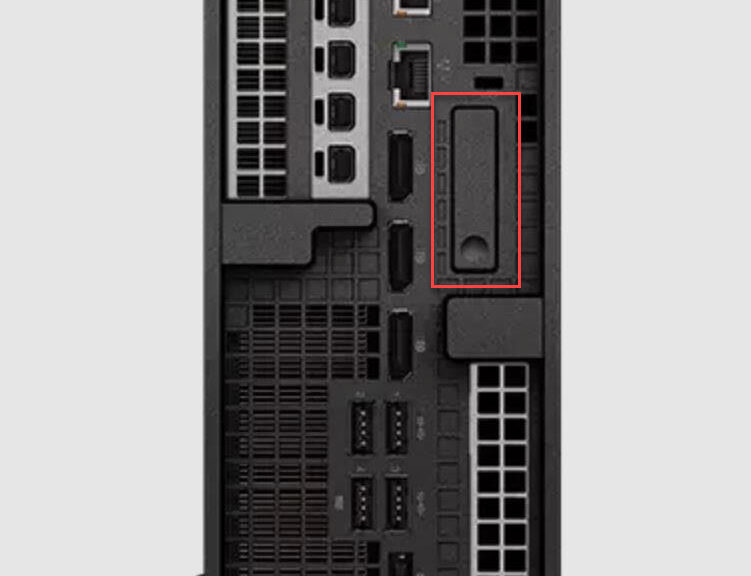 Holy mackerel! I just popped open the Lenovo P360 Ultra to check out its interior. I’m completely blown away. Starting with a protracted period for Tom’s Hardware in the early 2000s, I built and reviewed several dozen PCs for them. Over the years, I’ve laid hands on the insides of dozens of other PCs, and as many laptops. When I say the P360 Ultra is beautiful inside, I mean it. I’ve never seen a PC — full-sized or SFF — as well engineered for easy interior access as this one.

What P360 Ultra Is Beautiful Inside Means

The only tool I had to use when accessing anything inside the P360 Ultra was a pair of needle-nosed pliers. But a pen would have done just as well. To mount a second NVMe SSD, I had to pop a retaining clip. It required modest, well-directed force, but was easy to do.

The unit opens easily with a single lever release on the back. That release is boxed in red in the lead-in graphic for this story. Pull it down, and use it to pull the interior free of the case. That’s it.

Inside the case, customers have easy and immediate access to two of its four SODIMM memory slots. Getting to the SSD cooler is equally easy. There’s a nice YouTube video that takes a visual tour of the whole interior. Better still, Lenovo has a whole series of maintenance videos that show all the important stuff, item by item.

I checked out all the stops along the way. Indeed, it would be dead easy to add two more memory modules to the current configuration (which has a single 32GB SODIMM). I popped up the cooler from the SSD area with a single catch release. I watched the Lenovo video to learn how to release the retaining pin from the second, open SSD slot. Then I inserted the WD Black SN850 I bought last week, returning the retaining pin into its closed position and buttoned the case back up.

The cooler that covers the side-by-side SSD slots comes loose with a single catch (fingertip barely showing at mid right). Pop the clip, drop in the drive, and repeat in reverse. Took me about 30 seconds, all told.

I’m happy to report that new drive came up instantly on the next reboot. The BIOS obligingly beeped to let me know something had changed, but the whole process was dead easy. Tomorrow, I’ll write about the amazing results from using the WD Black drive internally.

As I said earlier, I’ve stuck my hands in a lot of PCs and laptops. That includes numerous SFF PCs, of which I’ve built several for use here at Chez  Tittel. My wife uses a Dell 7080 Micro as her daily beater, in fact. I’ve NEVER seen a PC as well engineered for access and upgrade as this one. It’s amazing. Watch the aforelinked videos; you’ll see exactly what I mean. Astounding!!

My hat’s off to the P360 engineering team. While they marvel at my bald, gleaming head, I’m still marveling at their great work.