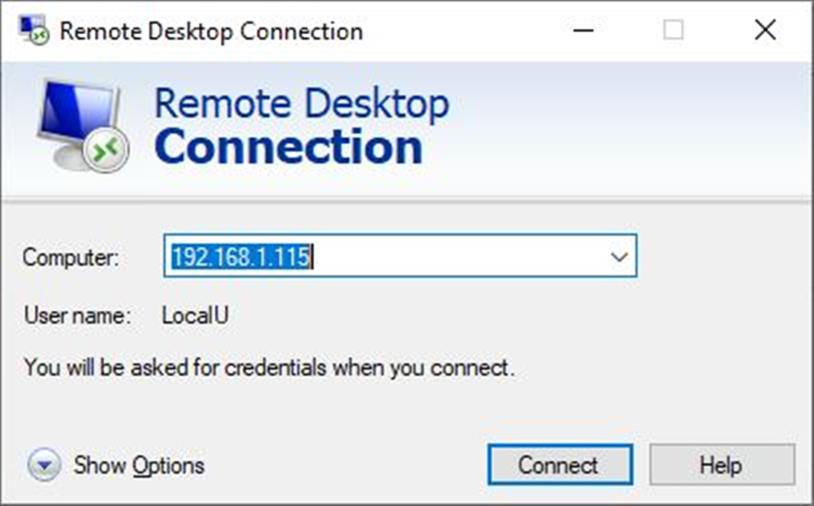 Here at Chez Tittel, I’ve got 9 PCs in my office. 2 Desktops and 7 laptops, to be more specific. I like to access most of them from my primary desktop. That’s because it sports a couple of aging but still decent Dell 2717 Ultrasharp monitors. Over the years, I’ve encountered interesting issues in making RDP (remote desktop protocol) connections to my “Other PCs.” For me, overcoming RDP access hurdles usually involves one or more of three workarounds.

These workarounds help to address a list of problems that include:

When the Remote Desktop Connection (or Remote Desktop app) simply can’t find a machine name, it’s always a good idea to try the target PC’s IPv4 address instead. As shown in the lead-in graphic for this story, it worked to get me into a Lenovo X380 Yoga I just put through a bunch of Windows 11 upgrades.

On occasion, when I try to login to a remote PC using my current Microsoft Account (MSA) it just won’t get past authentication. This is often a symptom of difficulty in getting MS authentication to work properly. When that happens, I will try another one of my known, good working MSAs (I have three, as I write this story). That does occasionally work, especially if I’ve already used that MSA on the target machine already. Go figure!

Sometimes, RDP will strenuously resist allowing you to establish an RDP connection over the LAN using a Microsoft Account (via its associated email address). In fact, it generates an account name/password error, even though I’m using a known, good working MSA account name and its associated password to try to login.

When that happens I’ve found that setting up a local admin account — one named, LocalU, for example — will get me right into the target PC. That’s also on display in the lead-in graphic where I had to use both workarounds at once to get into that PC. Sigh.

If you need to establish an RDP session on a remote PC, you can usually figure out a way to make such a connection work. If the preceding workarounds don’t do the trick, try the other tips in this 2021 WindowsReport story: it offers pretty good tips, tricks and advice.