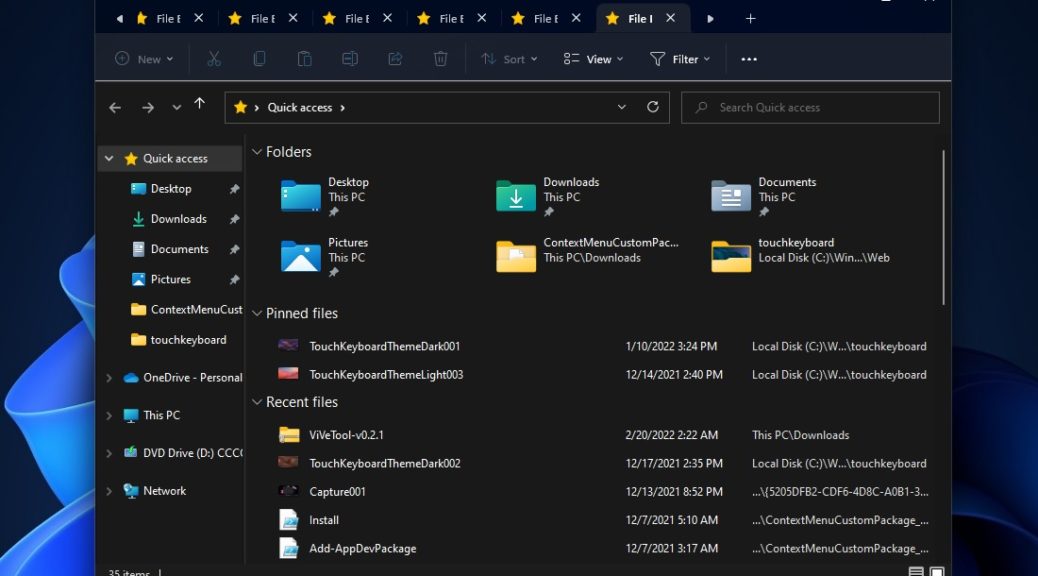 Earlier this week, MS announced gradual release of tabbed folders in Windows 11 for both Beta and Dev Channels. That is, for Builds 22621.160 (Beta) and 25136 (Dev). However, as is so often my experience with such things — gradual releases — none of my three test machines will show me this exciting “new” feature. Thus, no tabbed Explorer folders here at Chez Tittel. Sigh. Thus, I grabbed the illustration from WindowsUpdate to show what this looks like.

Why No Tabbed Explorer Folders Here?

I wish I knew the answer to this question. It’s happened to me so many times I can’t say I’m surprised to be somewhere behind the leading edge. But I can say: I’m curious to try them out myself; I’m frustrated to be on the outside looking in; and I’m on the “honor system” NOT to use ViveTool to force it onto a test system to take it for a test drive. So sigh, and sigh again.

Of course, sooner or later this will show up on one or more of my systems. Later rather than sooner,  in fact, if prior experience is any guide. In the meantime I’ll just continue my practice of launching multiple File Explorer windows instead of switching among tabs in a single such window. I know I can live with that option, because that’s how I’ve been doing things for years.

How Long Will It Take to Show Up?

Again, I wish I could say. It all depends on how well the feature works and how much telemetry it generates that indicates potential issues in need of remediation. That’s why MS does the whole gradual release thing, anyway.

My only fervent wish is that MS might allow an opt-in for such features, especially for active Windows Insiders. That would be nice, don’t you think? I do!