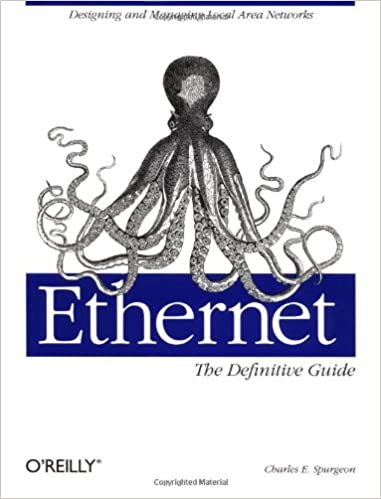 My first real networking job was as a Networking Consultant for Excelan in 1988. That company was purchased in 1989 by Novell, where I stayed quite happily until 1994. My initial training for the position included learning a hardware-based protocol analyzer (the LANalyzer, in fact). One of the things we learned in class was a coax-based 802.1 10 Mbps transceiver could crash an entire physical LAN. This device had a classy alias: “vampire tap.”  It was scre-clamped onto a thickwire coax cable to add one or more  network ports. Sometimes, its built-in circuitry would go bananas and overrun the network with bogus traffic. This problem, known as a jabbering transceiver error rears its ugly head recently. It happened  on  one of the Chez Tittel GbE switch domains.

Here’s a quote from the 2000 classic by Charles Spurgeon: Ethernet: The Definitive Guide

The quote comes courtesy of Google books, pg. 107.
(I still have a hardcopy on my bookshelf).

I’m pretty sure that NICs don’t have transceivers any more, so they aren’t really subject to such failures. But similar behavior — specifically, failure of a switch domain — is well-known to occur when hardware problems bedevil a LAN segment. For a while there, I was chasing random network failures in my office. They would kick all the machines off the switch, but would gradually let everybody back on.

It wasn’t until I quit using the built-in GbE port on my retiring X220 Tablet PC that the problems stopped. I was able to confirm the issue by plugging the RJ-45 cable back into that until and watching the circus start back up. If I switched to a USB dongle instead, the GbE domain attached to either or both switches in my office worked fine. One is a standalone NetGear 8-port GbE switch, the other an 8-port switch integrated into my Asus 802.11AX WAP/router.

Divide and conquer was the recommended troubleshooting method to identify a jabbering transceiver. One would subdivide the cable segment by interrupting it at a repeater, and terminating each sub-segment. Whichever segment stayed broken had the failing device. Repeat until the device can be identified, then replace it. I did this for TRW in Austin in 1988 on an actual service call there…

It wasn’t really until I started the trip down memory lane to my first-ever Ethernet networking class in 1987, and my trip to TRW,  that I understood what was happening. The built-in GbE interface was failing, and acting like a jabbering transceiver. I can’t exactly say “everything old is new again.” But I can say, an old lesson learned came in handy. And indeed, that is the way things sometimes go, shooting trouble here in Windows-World!