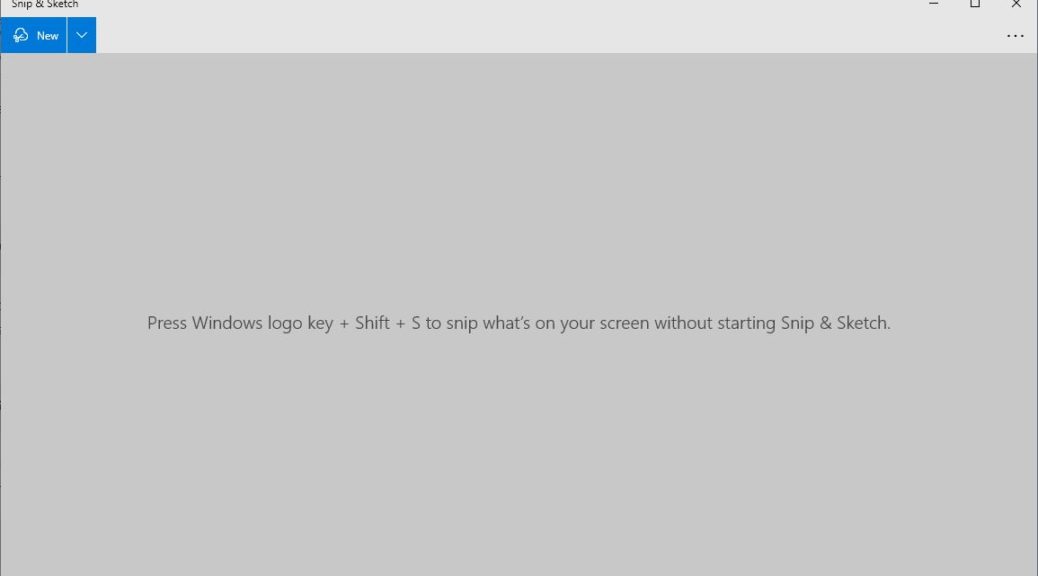 I collect and treasure cool keyboard shortcuts. I just learned a fantastic one, from long-time TenForums Guru @Berton. He rightfully describes himself as a “Win10 User/Fixer.” If you press these three keys together: WinKey+Shift+S you’ll launch the newfangled Snip&Sketch screen capture tool built into Windows 10, ready to capture whatever you like. I say this three-key method enables instant screen snip because there’s no need to launch the app to start the capture process in motion.

I have to laugh at myself about picking up this tip from a third party. When you launch Snip & Sketch manually, the default screen that shows up is depicted in the lead-in graphic. There’s the tip, right there! (See above.)

You can launch Snip & Sketch in a variety of other ways, including:

It’s fast, easy, and happens immediately following key sequence entry. Because of my writing work, especiallly on Windows 10 topics, I’m capturing screens all the time. Anything that makes this faster and easier is a good thing for me. Others who labor in similar ways — tech writing or documentation, blogging, articles, and so forth — should find this equally useful.

I’m also giving myself the Homer Simpson “Doh!” award for not attending to the default app window’s poignant and informative message. It reads “Press Windows logo key + Shift + S to snip what’s on your screen without starting Snip & Sketch.” If only I’d thought about this (or tried it out sooner) I could’ve been doing this long ago.

That’s life for me these days in Windows World. I may not be first across the finish line, but I still (mostly) get to where I need to go. Tortoises rock!