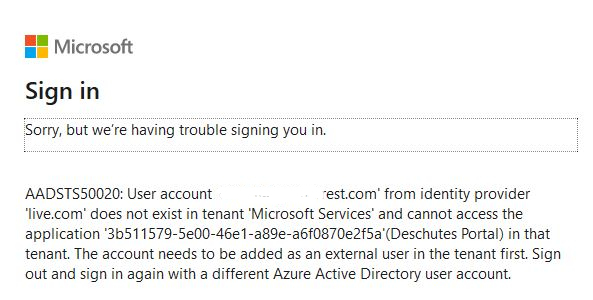 The unstoppable and always well-informed MJF (Mary Jo Foley) has struck gold once again. In an April 20 ZDNet story (on whose lede my own title plays) she provides a much-appreciated CloudPC update. Indeed it seems that with CloudPC inching toward completion, even I can get a rejection attempting to login to the service (code-named Deschutes). Said rejection appears as the lead-in graphic for this story.

With CloudPC Inching Toward Completion, What’s Next?

MJF’s speculation that CloudPC is already in test seems proven by my failed attempt to login to https://cloudpc.microsoft.com/ (shown above). She makes a pretty good case that MS will open those floodgates this summer (June or July). I concur with her idea that MS would want subscriptions ready for sale in time for its July Inspire partner conference.

Otherwise, the elements of Cloud PC have stayed in line with earlier information:

Only Time Will Tell…

If the foregoing rumors, timeframes and speculations bear any relationship to reality. MS still isn’t saying much directly, as is typical for as-yet-unreleased products. But with June/July now only 6-10 weeks away, we’ll know soon enough if any of these notions are valid. Stay tuned: as always, I’ll keep you posted.

Fascinating stuff, though: can’t wait to try it out. I hope subscriptions are available in small numbers at a not-too-big cost. If so, I’ll be singing up, just to learn and experiment.