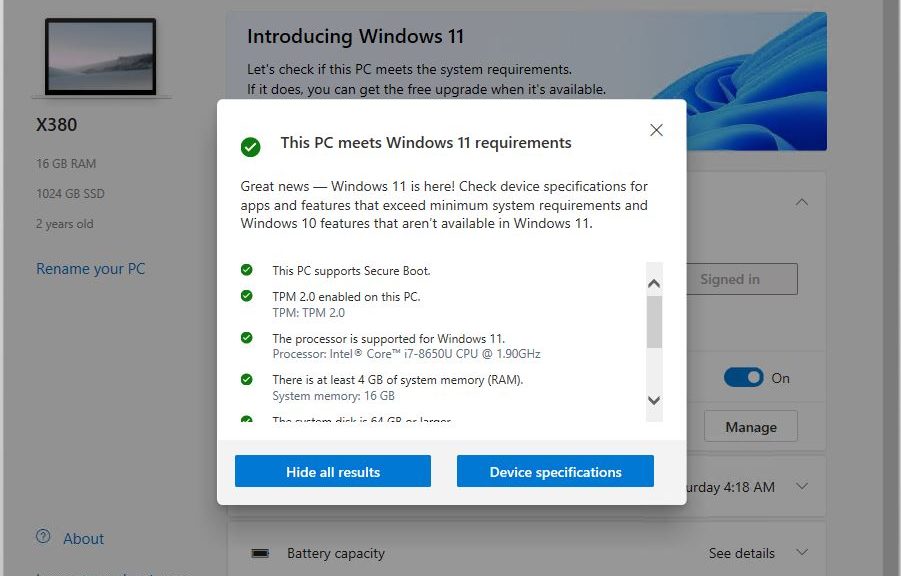 OK, then, the word is out. Yes, Microsoft is permitting out-of spec PCs to install Windows 11, but that doesn’t mean a lot. In fact, they won’t promise that such PCs will keep getting upgrades — even of the security sort — once the RTM version goes live later this year. This has been widely reported in the trade press.  I found Windows Latest and Thurrott.com coverage most noteworthy on this topic. That said, MS hasn’t issued an official proclamation on this topic. So far, everything’s been communicated in press encounters. Bottom line: Yes, a Windows 11 Update allowed on Out-of-Spec PCs is true, but that doesn’t mean it will keep working indefinitely.

If Windows 11 Update Allowed on Out-of-Spec PCs, But…

Frankly, as Paul Thurrott noted, the situation is kind of a mess. Yes, users can update out-of-spec PCs to Windows 11. If that doesn’t work they can use the Media Creation Tool or a Windows 11 ISO to do a clean install instead. Thing is, there’s no telling right now how long that install will keep working. Nor can I think of a “back-to-working” path for such PCs except for a clean install of Windows 10 sometime in the future, either.

To me, this sounds like a recipe for extra work and heartache, with the bill coming due later this year. I’m still going to upgrade the hardware on the only other PC I have on which I plan to run Windows 11 that currently fails to meet its system requirements. IMO, anything less — especially taking a chance on older hardware — is simply unacceptable.

You, dear readers, can do as you see fit. Personally, I think installing Windows 11 on systems that don’t meet the system requirements is a recipe for disaster. It may work now, but MS won’t say it will keep working. Not good!