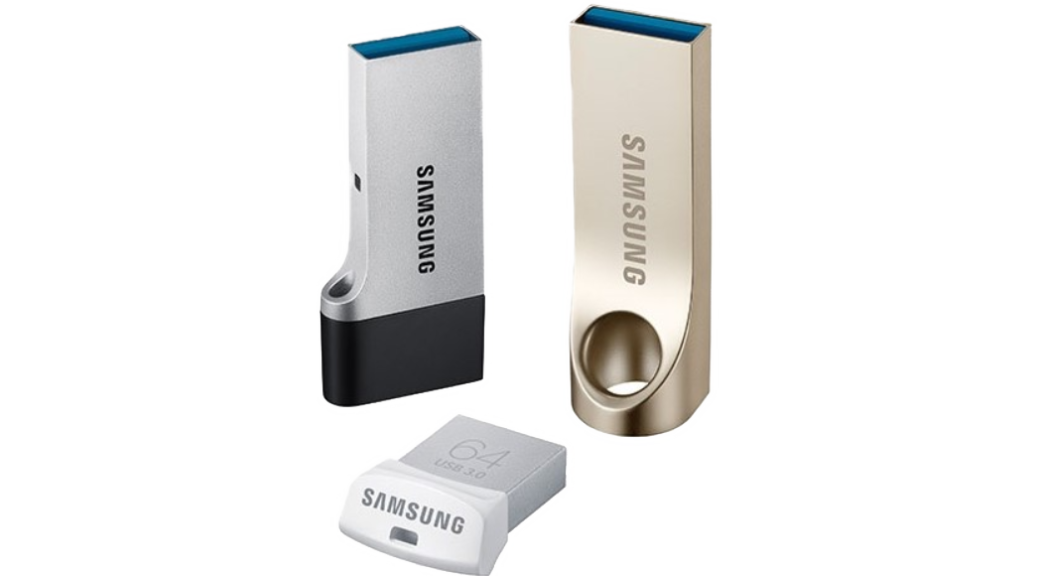 In early September, I agreed to live with and review some Samsung USB 3.0 flash drives (to which I’ll refer from here on out as UFDs). Around the second week of the month, they arrived, and I was allowed until early December to play with and keep them for purposes of sharing my impressions and observations. Alas, I have dithered long enough that these items have already been reviewed at a number of sites, including one of my personal faves: Les Tokar’s The SSD Review which featured some pretty comprehensive coverage on September 18 in a story entitled “Samsung’s Newest Flash Drives Reviewed.” My own observations of these Samsung devices are consistent with his, but not quite as flattering. These drives are neither exceptionally cheap (for that kind of thing, check out the Mushkin Atom drives in capacities from 8 to 64 GB at Newegg, at $7 to $25) nor exceptionally fast (there are many options of this kind available, including devices that actually use SSD controllers to access their Flash RAM, but I am fond of the Mushkin Ventura Pro line, at Newegg for $25 for 32 GB and $34 for 64 GB).

What I have from Samsung is a 32GB Fit drive ($16 for 32GB, $27 for 64 GB, Newegg) and a 16 GB Bar drive ($13 for 16 GB, $28 for 64 GB, Newegg). The performance is somewhat better than the Atom models, but not enough to offset the price difference between them. And the performance difference between the Samsung and the Ventura Pro models inclines me to to favor spending somewhat more to get a nice jump in performance (particularly on the write site of the read/write action that is file I/O).

This is a tough product niche with a lot of different products from which to choose, many at each rung of the price performance ladder. I will say that Samsung’s 5-year-warranty on its UFDs is better than most other vendors’ warranties (the Atom and Ventura Pro drives get 2 years, by way of contrast, and 1-2 years seems typical for most such products I’ve seen). It seems to me that Samsung will either need to lower its prices further, or find some way to bump its UFDs’ performance, if it wants to grab major market share in this crowded field.

My final assessment of these products is: if you can get a better-than-Newegg deal (especially if it’s cheaper than for Mushkin Atom items of similar capacity), jump on it. If not, you may be better served by looking around for something faster at the same or a slightly higher price (Nir Sofer’s USB Flash Drive Speed Tests are a great source for such data, BTW).