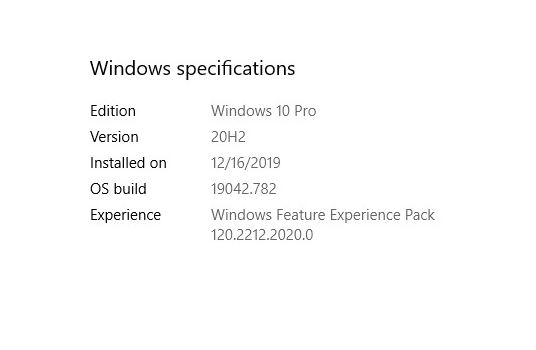 I’m still at the point where it’s all sinking in. Thus, I read with interest at WindowsLatest this morning that “Microsoft is testing another new Windows 10 Experience Pack update.” I went to check update history on one of my Release Preview machines (the Surface Pro 3). And sure enough, I see a corresponding update to match the Experience Pack version info from Settings → System → About shown in the lead-in graphic. That’s got me pondering Windows Experience Pack updates in general, and hoping we’ll see them put to work for something more … err … substantial that screencap tweaks in the near future.

Of course, I learned what I could from WindowsLatest and other similar items from TenForums and other places. @Brink reproduces the Windows Insider blog item that finally sheds a little light on the subject. In that item, Brandon LeBlanc says

We are improving the reliability of screen snipping experience, especially with apps that access the clipboard often.

More importantly, near the end of his post, he goes on to say

…we are testing this new process out with Insiders to deliver new feature improvements to customers outside of major Windows 10 feature updates. Right now, we are starting out with a really scoped set of features and improvements. Over time, we hope to expand the scope and the frequency of releases in the future.

No News Is … No News

I get it now, and think I already understood this. MS is working with the Windows Experience Pack as a way to deliver new feature improvements without resorting to a semi-annual feature upgrade. They’re still testing and haven’t done anything serious or significant with this yet. But they will, someday. Soon, I hope. Stay tuned!