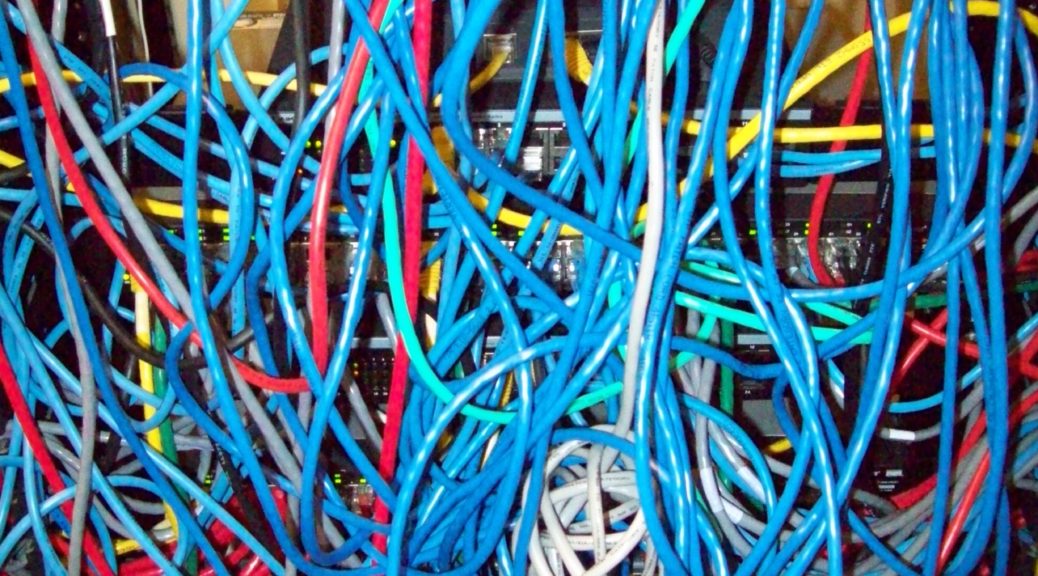 I’ve been trying to untangle a weird mix of networking and telephony issues going on three days now. As I write this item, in fact, I’m texting with a Verizon tech support person. He’s trying to unsnarl a mix-up around a new 5G MiFi hotspot  I purchased recently. When the device was set up, it was mistakenly tied to my son’s cellphone number. Then, the tech support people tried to switch things around. Alas, they exceeded the allowable number of reset attempts. This requires a 24 hour wait before a retry is allowed. The 24 hours are up, and I’m trying again. Does this explain why untangling cascading troubles gets frustrating?

How Untangling Cascading Troubles Gets Frustrating

Let me count the ways.

So here we are solving problems we didn’t know we had, and dealing with mixups based on pure human frailty.

The most amazing thing I’ve learned is that at least two separate tech support operations at Verizon are inappropriately silo’ed. Their Tech Coach operation cannot place voice calls. They are restricted to online chat only. I made the mistake of initiating contact with them on my cellphone, and they couldn’t easily switch over to a PC session, either. I did figure out how to make that happen later on, though so online via cell and via PC do have some integration.

But their app is limited to calling only registered Verizon devices. So when I tried to have them call my cell early on for a voice session, I found myself in a Catch-22. I wanted them to call me, they called me, but my only acceptable target device wouldn’t allow that call to ring in (that’s the iOS setting for version 13 and up, which is turned on and immutable for 12 and under versions and so can’t be accessed or changed on my aging iPhone 6).

At this point it’s taken me over 7 hours to solve a set of problems that are only tangential to the real problem I want to solve with accessing a public IP using Remote Desktop. I’ll get to that and another series of tech support calls with Spectrum next week.

But I’m learning how to keep calm and carry on in the face of massive frustration. I suppose I should be glad that I’m not the human responsible for the error that triggered this cascade. Lord knows I have been the guilty party often enough myself to write about it regularly in this very blog!

Yesterday when I wanted to blog about this situation, my ISP’s behind-the-scenes MySQL WordPress server went down. Thus, I was unable to access or post anything until that got fixed. The error cascade is apparently catching, so perhaps you shouldn’t have read this far. Brace yourself!